We Are Always There For You

Personal contact is always important. Get to know our doctors here. 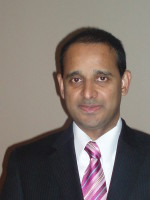 Dr. Roji Andrews attended Christian Medical College, Vellore, India.  He completed his pediatric residency at Atlantic Health System, Morristown, NJ.  After completing residency, Dr. Andrewsworked for Pediatric Associates of Patterson for a year. He joined Med 4 Kids in 2002.  Dr. Andrews is a board-certified pediatrician and a fellow of the American Academy of Pediatrics.

Dr. Andrews is an attending physician at Atlantic Care Regional Medical Center and Shore Medical Center.  He is a recipient of America’s Top Pediatricians 2008-2010 and was awarded "Most Compassionate Doctor" award in 2009 and 2010.  He also received Patients’ Choice Award for 2008, 2009 and 2010.

His areas of interest are psychological and behavioral issues in children and International Adoption.﻿ 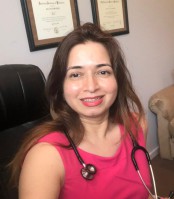 Dr. Gupte worked at Milburn Pediatrics and later at Springfield Pediatrics until 2006.  She joined Med 4 Kids in January 2007.

Dr. Gupte is a recipient of America's Top Pediatrician 2010.

Dr. Gupte is an attending physician at Shore Medical Center in Somers Point, NJ.  She has a special interest in the area of Childhood Obesity.

Please call the office number in case of Emergency.  Doctor on   call will be available to help you.